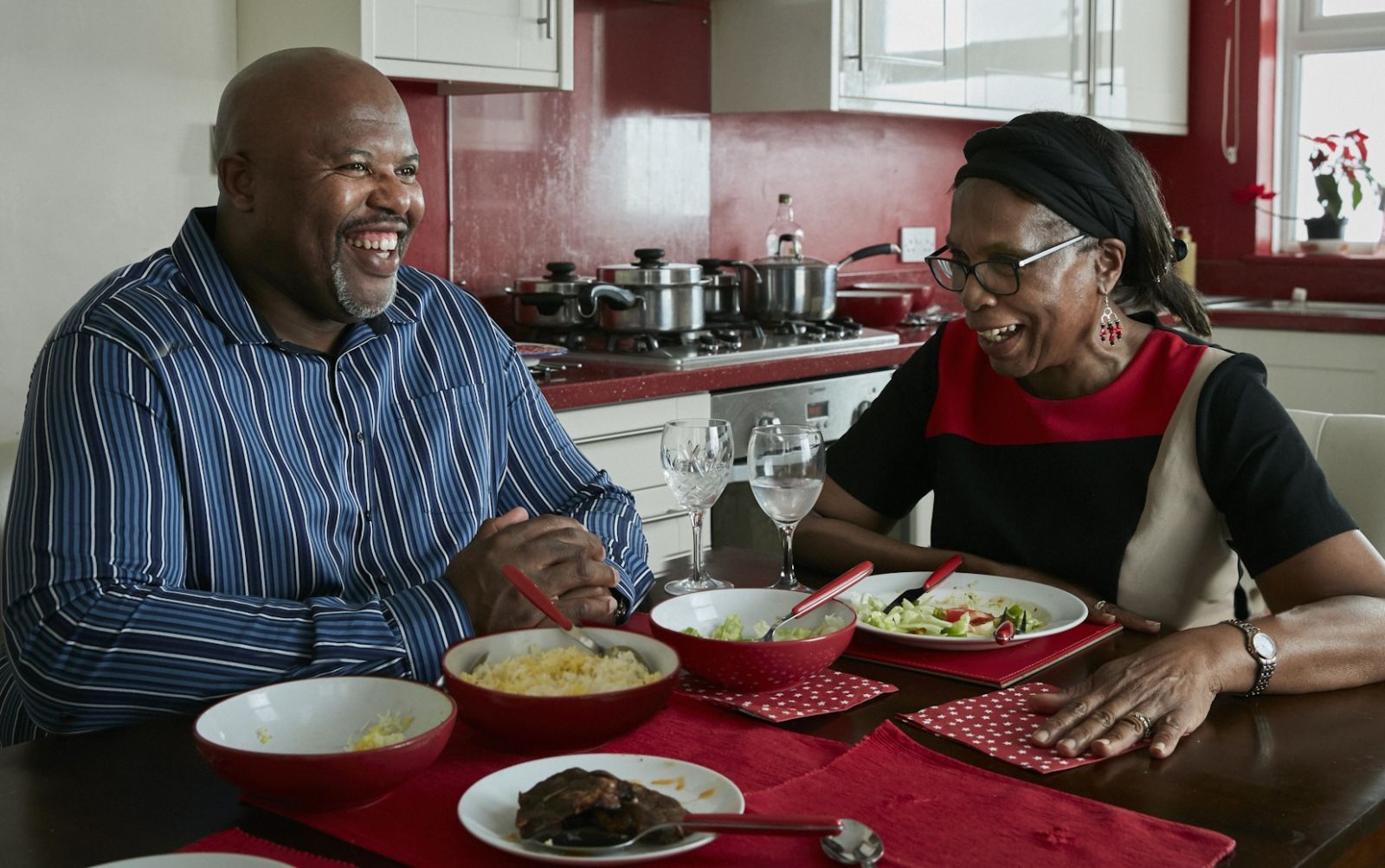 Following in his mother’s footsteps

For Marva and Adrian Rollins, a passion for education and helping others is something which runs in the family.

Marva, who recently received an OBE from the Queen in recognition of Services to Education, has spent over twenty years as a Headteacher and continues to be an active and inspiring member of her community.

Despite her successful career, Marva didn’t realise her teaching dream until her early thirties, studying for her Bachelors in Education at a local Polytechnic. After completing her degree, Marva went onto achieve her Masters through The Open University, juggling her family and work life while studying.

“There were many challenges to overcome on my journey,” said Marva. “However, I’m proud that I have been able to represent my community in the way that I have, because it would have been easy to give up in the early days when it was hard. Even now, only 2.8% of Head teachers are from BME backgrounds.”

An inspiration to many

“My mother has been an inspiration my whole life,” said Adrian, who also took his own Open University journey and followed in his mother’s footsteps to become a Deputy Head teacher.

“I owe everything to her. I was both influenced and inspired by her journey, taking a course through the OU was a no-brainer.”

As a professional cricketer, Adrian had started to think about life after sport and study with the OU, when injury sadly forced him into early retirement. After discovering a love for mathematics, Adrian switched his degree to a BSc (Hons) Open degree, which would allow him to pursue a career as a maths teacher.

Change lives for the better

Though Adrian’s journey wasn’t always easy – having to juggle working full-time and the unfortunate breakdown of his relationship – Adrian said thinking of his children kept him from giving up. “They needed to see their Father working hard for them at what was a very difficult period,” he said.

Adrian achieved his degree in 2007 and then went onto complete a Masters of the Arts in 2012. His advice for OU students or those considering changing their life through education?

“I like to test myself, so I would think to myself, ‘someone else has done this before so why can’t I?’ and that certainly helped.  I would say to anyone thinking of the OU, go for it! What have you got to lose? Pace yourself, start slow and when your confidence builds, go a little harder. The course will change your life for the better, and the time will pass quicker than you believe.”

Travelling around the UK to capture the remarkable stories of the OU today, Floyd’s 10 portraits have been released alongside a never seen before collection of images from the OU’s archive. See the rest of the inspirational students and alumni featured in our Open University: '50 Years' collection.