The Queen visits the OU 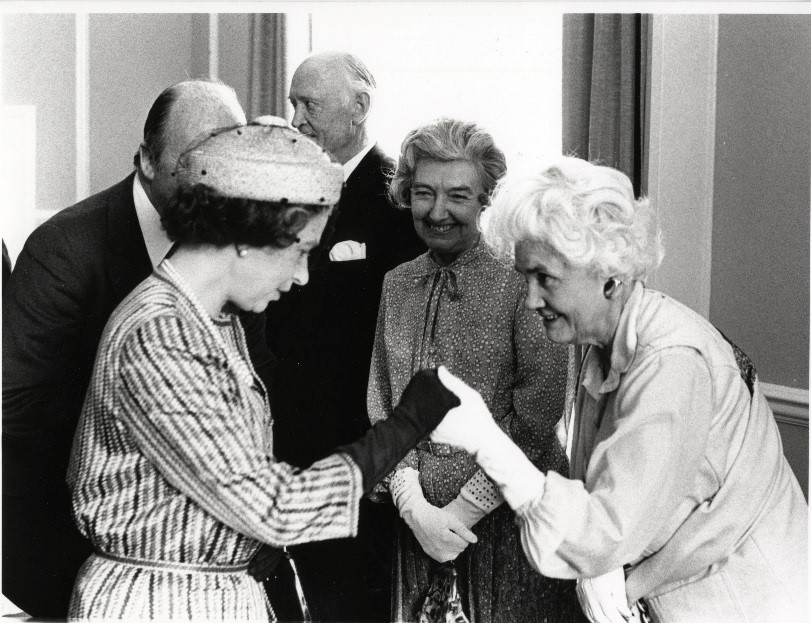 Jennie Lee greeting Her Majesty The Queen at the OU Campus in Milton Keynes in 1979. OU Chancellor Lord Gardiner, Lady Gardiner and Vice-Chancellor Walter Perry in the background.

The Queen’s visit was part of the celebrations for the 10th anniversary of the creation of the University.