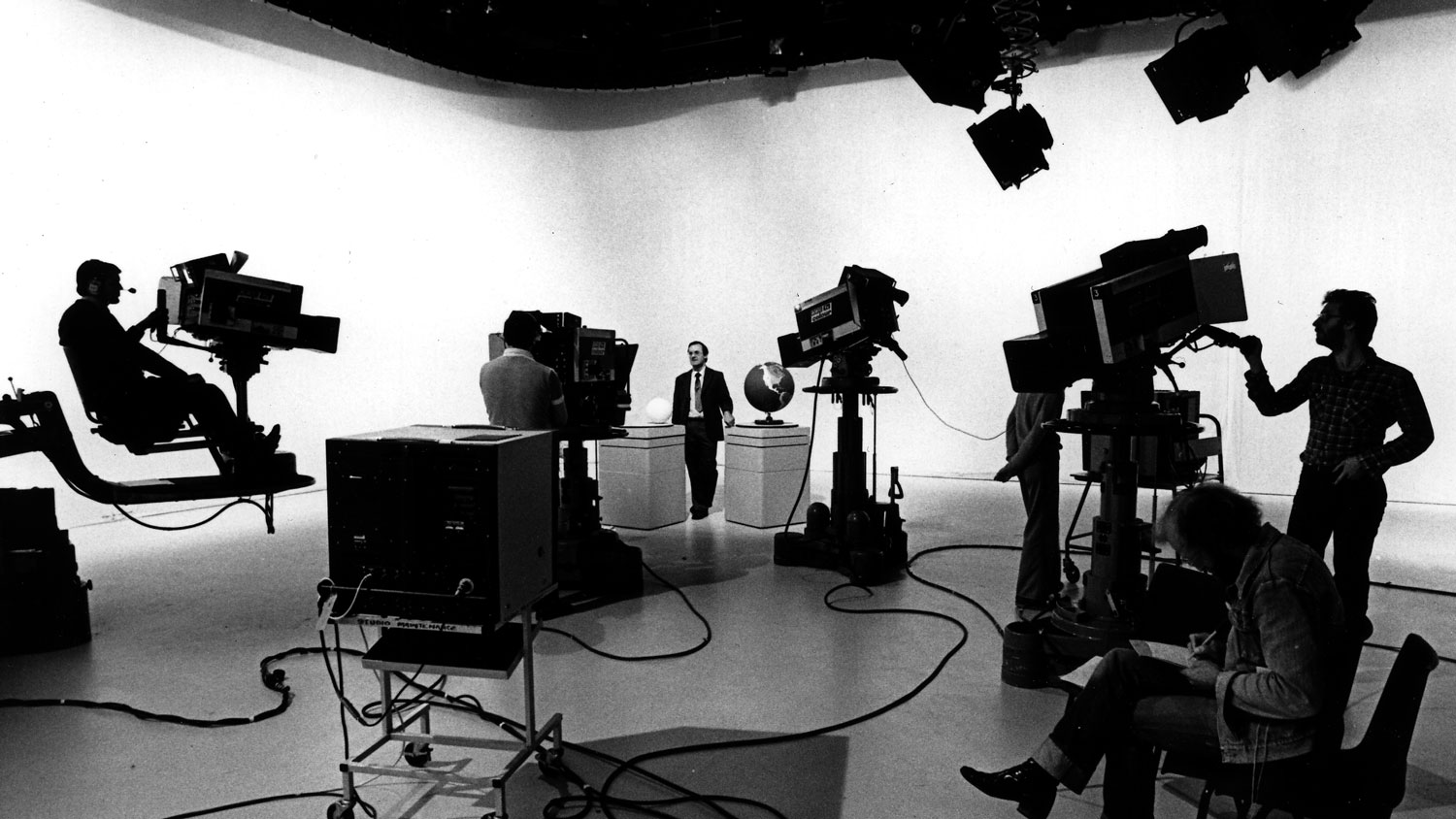 A behind-the-scenes shot of an OU broadcast. Technology has always played a big part in the OU story and allowed us to pioneer distance learning since 1969.

By the early 1980s, over 6,000 television and radio programmes had been produced through The Open University and BBC partnership. Our unique partnership has gone from delivering late night black and white lectures on TV, to influencing government policy through flagship co-productions such as Blue Planet 2.