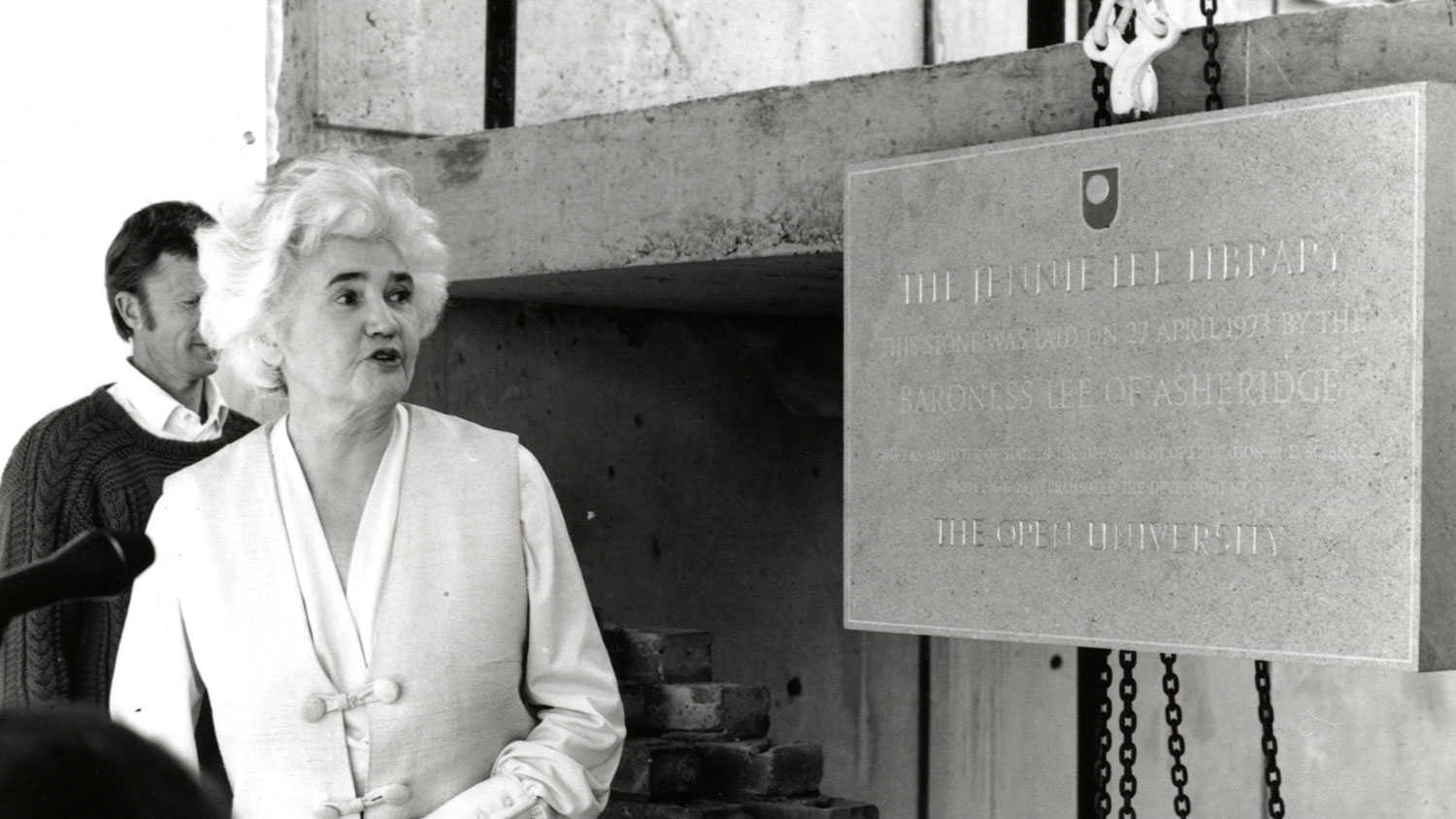 As Harold Wilson’s Minister for the Arts, Jennie Lee was instrumental in setting up The Open University in the 1960s. At 24, she became the youngest member of the House of Commons and following Labour’s win in the 1964 General Election, she went onto take over the University of the Air project.

Without Jennie Lee, it seems likely that the vision of The Open University would have failed. Her total commitment and tenacity to the idea of the University gradually wore down the mountains of hostility and indifference that she faced.

“But there it is, a great independent university which does not insult any man or woman whatever their background by offering them the second best. Nothing but the best is good enough…”