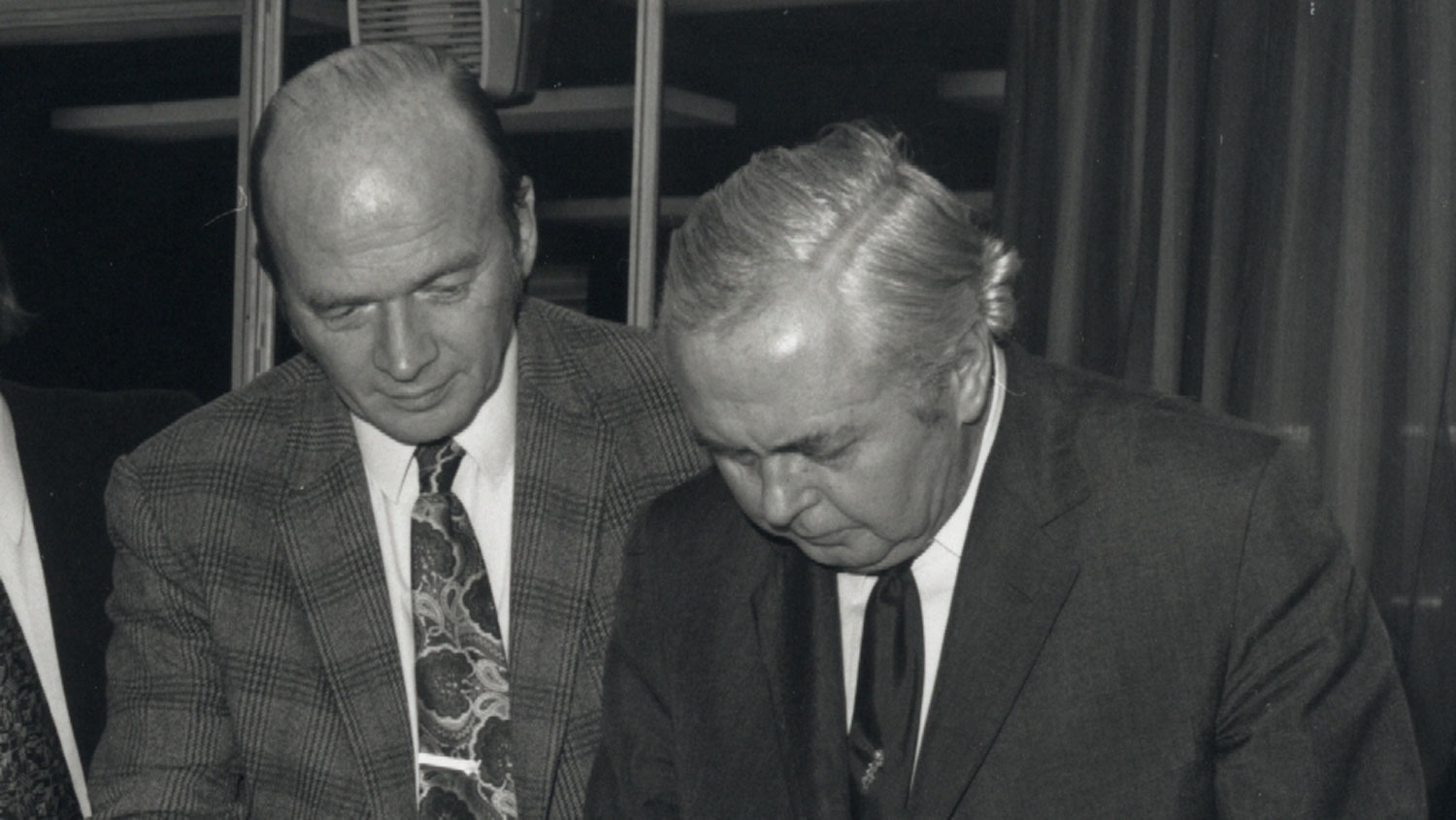 The first Vice-Chancellor, Walter Perry, and Harold Wilson look through OU materials in 1972, three years after the OU was established. During his time as Prime Minister, Wilson outlined his vision of a university that would be truly open to all.

When submissions were first opened, there were over 43,000 applications for only 25,000 places. Since that time, the OU has welcomed more than two million learners from around the world and is one of the largest university communities in the world.

Our open access policy means that no prior qualifications are needed for most OU courses. In 1979 Wilson gave an interview in which he gave his view of OU students:

“…if I were an employer in industry, commerce, public or private enterprise, if I had to interview people to take on for staff, I would be tempted to be biased in favour of recruiting Open University students, less for any technical qualifications they might even be in the process of earning, but for their proof of dedication and responsibility, their willingness and ability to absorb new ideas and to meet new intellectual challenges in the course of each day’s study."