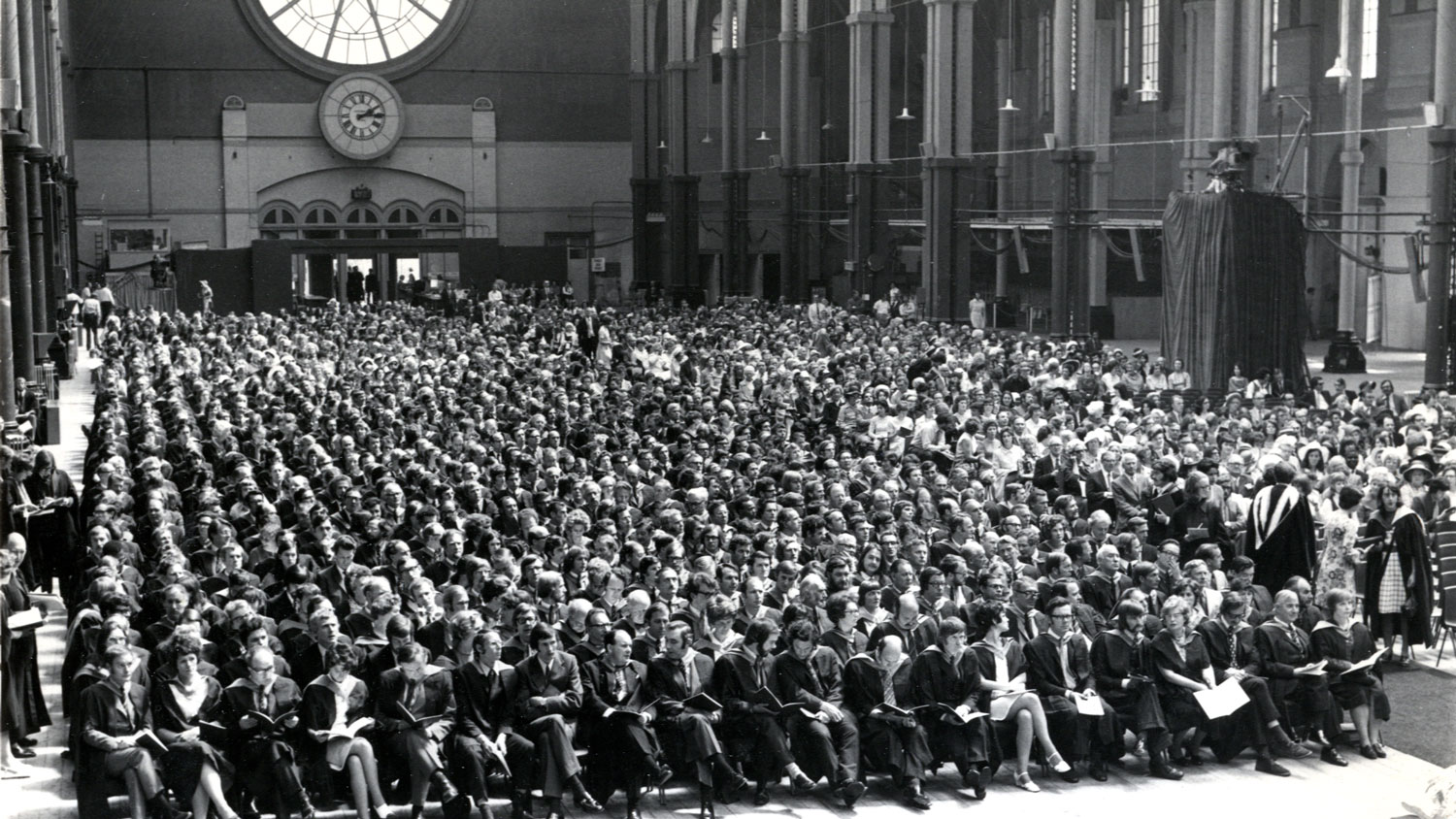 The first Open University degree ceremony held in the Great Hall of Alexandra Palace on Saturday 23 June 1973. Part of the ceremony was broadcast live on BBC2.